A regnal year is a year of the reign of a sovereign, from the Latin regnum meaning kingdom, rule. In ancient times, calendars were counted in terms of the number of years of the reign of the current monarch. At the time Jesus (Yahshua) was born the calendar was to be reset reflecting him as the new King and High Priest according to the order of Melchizedek.  Since we now know, with great certainty, that Yahshua was born in 2 BC the calendar year starting on the next spring equinox of March 20th, 2016 should actually be the year of our lord and king, Yahshua 2018.  Our current calendar is actually two years behind in accounting for his actual birth.

1 Kings 6:1 In the four hundred and eightieth year after the people of Israel came out of the land of Egypt, in the fourth year of Solomon's reign over Israel, in the month of Ziv, which is the second month, he began to build the house of the Lord.

2 Kings 8:25 In the fifth year of King Rehoboam, Shishak king of Egypt came up against Jerusalem.

2 Chronicles 12:2 In the fifth year of King Rehoboam, because they had been unfaithful to the Lord, Shishak king of Egypt came up against Jerusalem with 1,200 chariots and 60,000 horsemen.

2 Chronicles 35:20 In the eighteenth year of the reign of Josiah this Passover was kept.

The English monarchs continued this practice of using regnal years, see this page of Wikipedia.

In 1320 AD, the Scottish Declaration of Independence was signed reflecting both Jesus' regnal year and their current king’s reign, as follows:
Given at the monastery of Arbroath in Scotland on the sixth day of the month of April in the year of grace thirteen hundred and twenty and the fifteenth year of the reign of our King aforesaid.

In America, our US Constitution, reflects the use of Jesus regnel year, as follows:
done in Convention by the Unanimous Consent of the States present the Seventeenth Day of September in the Year of our Lord one thousand seven hundred and Eighty seven and of the Independance of the United States of America the Twelfth In witness whereof We have hereunto subscribed our Names

In 1836, the writers of the Vermont Telegraph newspaper knew that the year of our lord, Jesus had not started on the correct year:
It is known to all that have examined the subject, that we are entirely ignorant of the precise time of our Lord’s nativity.  There is good reason to believe that the Christian era itself is considerably inaccurate; that our Savior’s birth really took place about four years earlier than the time from which it is commonly reckoned; so that we are now in the year 1840, from the true period of his incarnation.
[Note:  They thought Herod died in 4 BC, therefore thinking Jesus (Yahshua) was born about 4 BC.  We now know that Herod died about 2 BC.  See article below.] 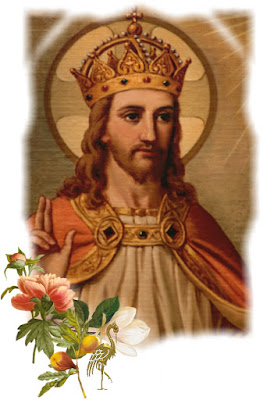