Note:  I documented theses events to make everyone aware of the events going on in the heavens and to disprove the September 23rd date.  Other earthly events are required prior to Jesus' return that I did not document here.  Each person must determine what these dates mean in regards to Jesus' return since I'm no prophet.  The information below provides lots of good information that is still true and disproves the September 23rd date.  However, I believe my date below is also wrong now and I believe the Revelation 12 sign occurs in April each year on the full moon. 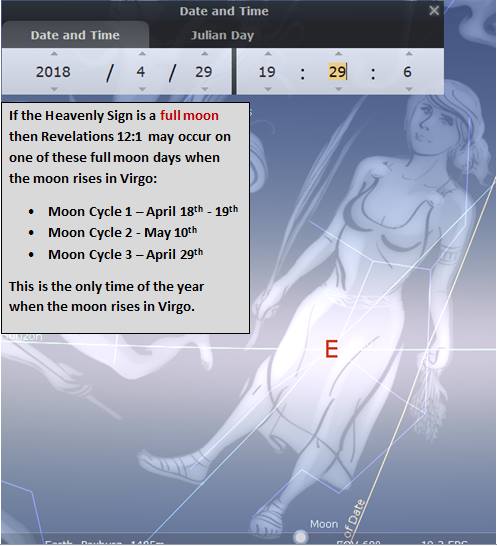 The bible tells us to use the Sun and Stars for signs and seasons in Genesis Chapter 1:


Psalms 147:4 tells us that Our Father in Heaven numbered the stars and gave them their names.

Noah was given warning and knew the year and month of the flood…Therefore should we know and be ready for Yahshua’s (Jesus') return?  Yahshua tell us here in Matthew that he did not know the date of his return and when evil would be removed from the earth again.  Yahshua confirms here that only his father knows.  Therefore we may be able to figure out the year and month based on scripture but it may not be possible for us to figure out the day and hour.


Lots of people are attempting to interrupt Revelation 12:1-2 using the lights in the heavens to determine when Yahshua (Jesus) will return.


The constellation Virgo represents the woman, who is the virgin maiden, giving birth and holding in her hand Spica the branch containing the precious seed of Yahshua.  Today Virgo is clothed in the sun during the entire fall feast days.  When Yahshua was living, the start of Virgo being clothed in the Sun occurred about 25 days earlier.  The Sun moves through her body in the same direction as a woman giving birth.


Since she is clothed in the sun every year during the fall feast days and the moon at her feet occurs often, there must be other indications of Yahshua’s second coming.  Since Yahshua was born on the Christian Day of Atonement he will probably return on a fall feast day.  Today Virgo is only partially clothed in the sun on the Day of Atonement.  However, she is fully clothed in the sun during the Christian Feast of Tabernacles.   The only days that I could find all three line up is on 10/10/2018 and 10/10/2037. All three also line up on 10/3/2016 which is the start of the Feast of Tabernacles; however, I believe the Jupiter retrograde will probably happen before Yahshua returns since this type of event occurred prior to his birth.  Below is how Virgo, the Virgin, will appear on 10/10/2018. 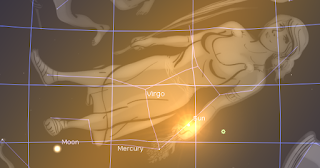 When Yahshua was born we know the wise men or Magi came to worship Yahshua since they saw his star in the East.  The constellation Leo is in the East, according to the Numbers camp order arrangement, and Leo represents the Tribe of Judah, whom Yahshua descends from.

Mat 2:1 Now when Jesus was born in Bethlehem of Judaea in the days of Herod the king, behold, there came wise men from the east to Jerusalem, Saying, Where is he that is born King of the Judeans Jews? for we have seen his star in the east, and are come to worship him.

Here is an overview of the events that took place leading up to Yahshua’s birth and the similar events happening from 2015 to 2018.  I have also added other important events that relate to Yahshua's second coming.
Note:  for more information regarding the above dates and to see the pictures of these events, click here.

Virgo is always crowned with the 12 stars in the constellation of Leo plus she has a crown of 12 stars of her own.  The Stellarum software by default only shows 9 stars and sometimes 10, however, Leo has 12 stars which are identified on this site http://www.constellationsofwords.com/Constellations/Leo.html .  You can increase the brightness of the stars in Stellarum and then all of the stars of Leo will be shown, see below. 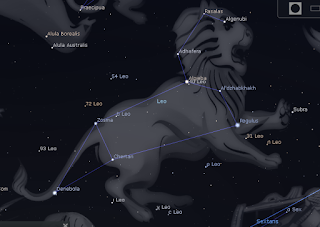 Here is Leo showing all 12 stars, however the star Rho is shown but not named below. 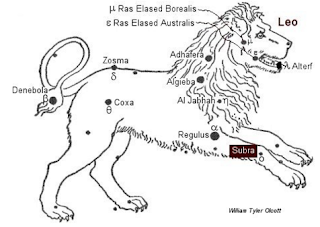 This site shows where Leo’s star Rho is located http://www.astrostudio.org/xhip.php?hip=51624 .
Also the book Witness to the Stars by Bullinger, in 1893, show all of Leo’s stars: http://www.archive.org/stream/witnessofthestar00bulluoft#page/n253/mode/2up


Virgo's Crown
According to the site Philologos.org Virgo is crowned with 12 stars all the time:
The astronomer, Professor Thorley, has shown that there are exactly twelve stars surrounding the head of Virgo as we view them from the earth. If one will look at Norton's Star Atlas, twelve visible stars will be seen around Virgo's head. They are, according to astronomical terminology: (1) Pi, (2) Nu, (3) Beta, (4) Sigma, (5) Chi, (6) Iota - these six stars form the southern hemisphere around the head of Virgo. Then there are (7) Theta, (8) Star 60, (9) Delta, (10) Star 93, (11) Beta, (12) Omicron - these last six form the northern hemisphere around the head of Virgo. 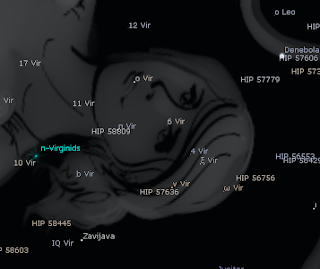 The Book of Revelation Chapter 14 confirms for us that Yahshua will come during the time the grapes are ready to be harvested.  Grapes are ripe during the fall feast days.

One of the Decans, in the Virgo constellation, is Bootes who carries a sharp sickle. 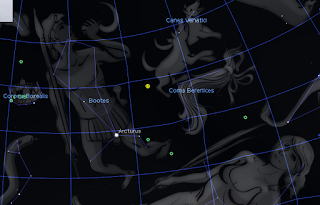 One thing to keep in mind is there is a couple of events that must still occur prior to Yahshua returns; the War of Armageddon and the Beast system called Babylon must fall again.

The objective of this document is to show that Revelation 12:1 refers to three key dates, as follows:


The other objective of this document is to show what the Magi saw in the heavens prior to Yahshua’s birth and also to show what has been occurring in the heavens this year through 2018.  These events happening in the heavens that involve Virgo, Leo, Regulus, Spica, Jupiter and Venus are important events that led up to Yahshua’s birth and probably are leading us to Yahshua’s return.
Another objective is to show that Yahshua will return during the Age of Aquarius.
My main objective though is to show the fact I have learned about this subject during my research.  The main thing to remember is that I’m not a Magi or Prophet, so this document is just my speculation and facts that I found regarding the subject.

The Mazzaroth & the Great Year

The Mazzaroth (Zodiac) circles the sun counter clockwise very slowly and makes a full circle around the sun every 25,920 solar years. This full circle of 25,920 years is called the Great Year.  The sun rises, in the current age, on the spring equinox.  Currently there are lots of arguments as to whether we are now in the Age of Pisces or Aquarius.  Back in 1922 the constellation boundaries were changed to incorporate all nations’ views on where the boundaries should be, therefore, our Christian boundaries were replaced.  To see a larger version of the picture below, click here.
1. 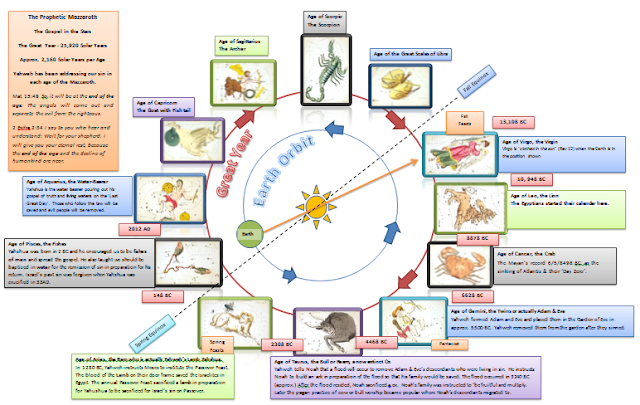 The process of the Mazzaroth slowly rotating around the sun has caused the timing of Virgo, being clothed in the sun, to be 25 days later now than when Yahshua was living.  Therefore it was taken many years for Virgo to be clothed in the sun during the ‘Last Great Day’ of the Feast of Tabernacles.

The video, called ‘The Giza Clock FULL’ explains the Great Year.  He also explains that according to the Great Pyramid of Gaza we entered the Age of Aquarius on 12/21/2012.

Here is another video ‘Mazzaroth - God's Cosmic Clock - End Prophecy Hidden Zodiac & Pyramid’ that shows how the Great Year works at the Great Pyramid of Gaza.


The cardinal points shown in the video above are also cited in Revelation, as follows: 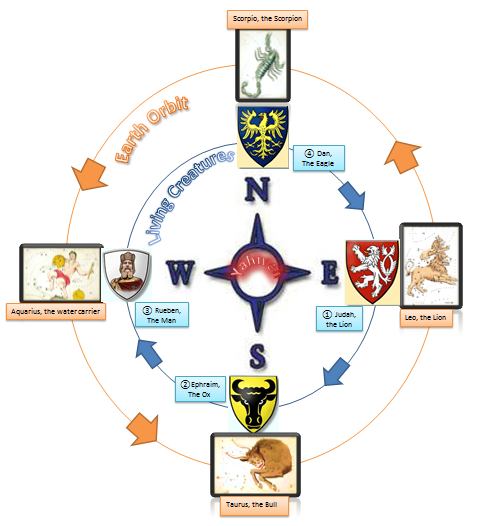 Just as the Egyptians, the Mayan Calendars also reflected we entered the Age of Aquarius on December 21, 2012, the Winter Solstice.  This is when the sun reached the Galactic Equator (orange line running right to left) and Aquarius is now touching the equator (blue line).  Below is a picture of this:

The picture below shows the heavens on the Winter Solstice the year Yahshua was crucified.  The equator was on Pisces, the fishes, and the sun was well below the Galactic Equator (orange line running right to left). At this time we were in the Age of Pisces.

Since I do believe the Egyptian and Mayan calendars would be more actuate than the Astronomers of today, I used  their date for entering the Age of Aquarius and moved backwards when creating the table below.  When you compared the Mazzaroth Ages to biblical events you will find a direct correlation.  Yahweh has intervened in each age to address our sin.

Note: I used approx. start times for the ages since some constellations are smaller and some are larger.  The Egyptians and Mayans may have used more exact start times.

For more information on the Prophetic Mazzaroth, please see this page.

The bible uses the phrase ‘end of the age’ in the New Testament several times; I believe they could be referring to the Mazzaroth ages.

The PDF below has snapshots from the software Stellarum of Virgo and Leo during the fall feast days for various years plus snapshots of what the Magi saw.  It also contains all the events in the heavens that may lead to knowing Yahshua's birth.  I have actually looked at many more days than I show below, but I may have missed something important. I wish I knew everything the Magi knew!  Notice where the Sun appears on each October 10th of each year.  It has taken many years for the Sun to reach her hand on October 10th, the Last Great Day.  Virgo’s hand is lined up with her the mid-point of the birthing region.

To view the PDF with all the snapshots of Virgo and Leo, please see this link. (There are way too many pictures to upload to this page.  Plus the PDF document is easier to view.)

The heavens declare the glory of Yahweh, and the sky above proclaims his handiwork. Psalms 19:1
Praise Yahweh!