There are pyramids all over the world and there are more pyramids on the American continents than any other place in the world. The first Book of Maccabees does indicate that a descendant of the Hebrews did build pyramids.

1 Maccabees 13:25-30 - Jonathan’s Tomb
“Simon sent someone to get the bones of Jonathan his brother, and he buried him in Modein (or Modin), the city of his ancestors. All Israel mourned Jonathan with great expressions of grief for many days. Simon built a monument over the tomb of his father and his brothers. He made it high so that all might see it. It had polished stone at the front and back. He also set up seven pyramids, opposite each other, for his father and mother and four brothers. He devised an elaborate site for the pyramids, setting up great columns around them. On the columns, he put suits of armor for a permanent memorial. Beside the suits of armor, he carved ships so that all who sail the sea might see them. This is the tomb that he built in Modein, which remains to this day.”

It is hard to know which group of pyramids Maccabees is referring to since several had columns; however the pyramid pictured below has many columns.  It is called the Temple of the Warriors and is located in Yucatan. 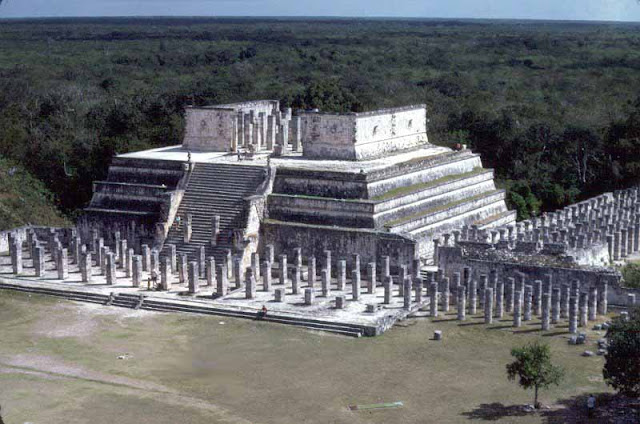 A book called the Dictionary of the Bible, written in 1863, by W. Smith wrote an article regarding the pyramids in Modin as follows: 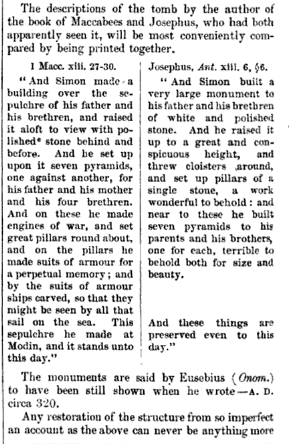 According to E.Raymond Capt, Eber’s son Joktan built the pyramids in Giza.  Eber is the father of all the Hebrew people. Joktan had 13 sons.
Genesis 10:25-29 – Joktan’s Ancestry
“And unto Eber were born two sons: the name of one was Peleg; for in his days was the earth divided; and his brother's name was Joktan. And Joktan begat Almodad, and Sheleph, and Hazarmaveth, and Jerah, And Hadoram, and Uzal, and Diklah, And Obal, and Abimael, and Sheba, And Ophir, and Havilah, and Jobab: all these were the sons of Joktan.”

Joktan’s name is spelled differently depending on the bible you are reading.  All of the names starting with ‘J’ in the Old Testament should really begin with ‘Y’ since there was no‘J’ in the original Hebrew.

In Central America there is a peninsula and a state called Yucatan with several pyramids.  The name Yucatan is very similar to Joktan or Yaketan (see above table).  Therefore, Joktan may have originated in Yucatan. 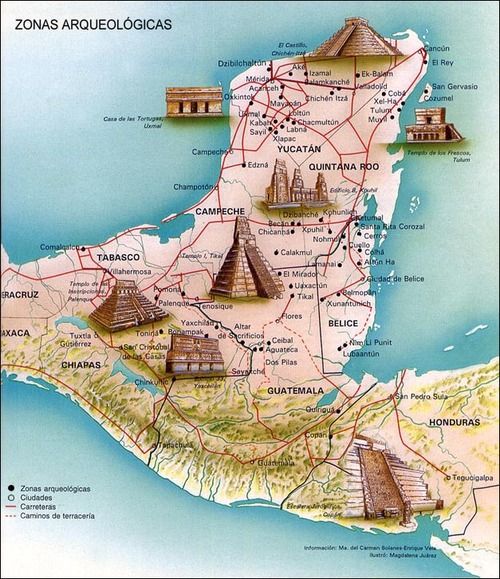 Map of the Yucatan Peninsula

In 1897 The Kansas City Journal newspaper published an article called ‘Prehistoric Man’ which states the people of Yucatan built the pyramids there and then migrated to Egypt and built those pyramids. It also stated that the oldest civilization was in Yucatan and Central America.  Another branch of the Yucatan people migrated to Louisiana. 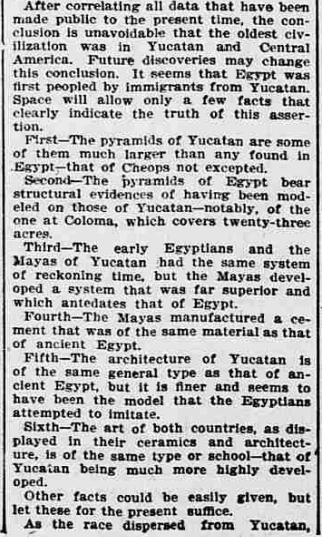 This news article stated that the people of Yucatan moved to Louisiana. There, they may have built the Watson Brake mounds. 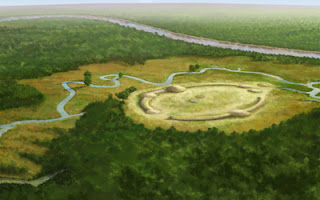 In 1922, The New York Herald newspaper published an article about the Mayans & Egyptians.  It states that the Mayan Sphinx (pictured below) from Guatemala was moved to a museum in Philadelphia.  The article also discusses how similar the Mayans and Egyptians are to each other.
Read full article is here:  https://drive.google.com/file/d/0B4G83QsFMe1sbUJPYTJ4MDgyMkE/view?usp=sharing 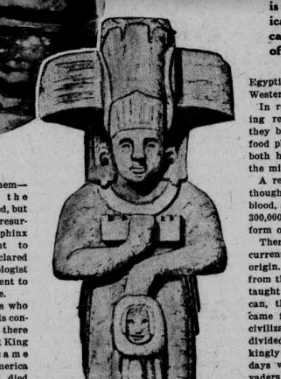 The Mayan sphinx sure looks Caucasian.
I have been unable to find out where this Sphinx is today.
Does anyone know where it was moved to?  While reading about the pyramids of Mesoamerican, I found out the many items were moved to the British Museum and never returned.

In 1853, a French newspaper published their finding after exploring the US, as follows: 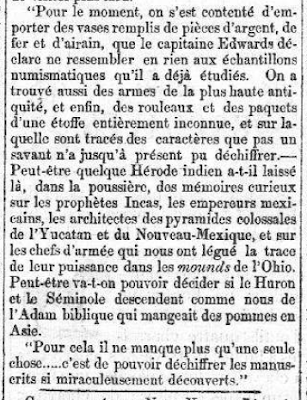 My friend Matthew translated this article for me, as follows:
“It starts with Pour le moment, on s'est contente-- etc...   For this moment it is satisfactory to concern the contents of the obtained vases filled up with pieces of silver, iron and bronze. Which Captain Edwards declared that they cannot be compared with any numismatical example which he did study so far. They also found weapons of great antiquity, and finally rolls and covers of totally unknown textile. And on which are imprinted characters which could not be deciphered until today (1853). Maybe some Indian Chieftain left it behind, in the dust, strange remembrances of the Inca prophets or of the kings of the Mexicans, the architects of the big Yucatan pyramids and the modern Mexicans, and or army Chiefs who wanted to legalize the traces of there power in the "Mounds" of the Ohio.  Maybe they wants us to decide that "Huron and the Seminole" are also descendants like us of Biblical "Adam" who did eat apples in Asia.   For all this is the missing thing ....... the possible deciphering of the manuscripts and the miracle like covers.”
Matthew also states:  By reading the upper story again, they found in the New Hampshire mountains a spot with a conspicuous stone and after lifting this stone up they found the entrance to a big cave with various rooms deep underground The first room measured 40 feet high and 94 feet long and 63 feet wide. That is pretty big. At that time they decided to visit the other rooms later. So somehow there must be more to be found about this story.
See full newspaper article here – Column 3:
https://drive.google.com/file/d/0B4G83QsFMe1sZFJNMzZUc0I4LTQ/view?usp=sharing

The biblical Hebrews did build the pyramids all over the world!  Most of these pyramids were oriented to the sun for telling solar time.  The Hebrews did need to know when the spring equinox was so they could observe Yahweh’s feast days on the correct date.  There are more solar aligned places in the Americas than any other places in the world.

Posted by Charlotte at 4:14 PM No comments: